Posted on February 5, 2020 by Sandarbh A Sharma Leave a comment 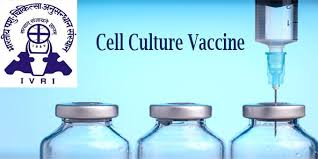 The CSF is one of the deadliest diseases of pigs, causing high mortality with annual loss of over Rs 400 crore. Though India has been able to prevent the disease to an extent, the classical swine fever is considered one of the reasons for causing decline in population of pigs in the country in 2019 compared to 2012 census.

Secretary of the department of animal husbandry and dairying, Atul Chaturvedi, said the new vaccine will be part of the government’s ‘One Health Initiative’ and result in huge savings as it will nip the spread of the virus at animal stage so that it does not pass on to the human population.

He said the country’s total requirements is 22 million doses per year and hardly 1.2 million doses are produced per year. Officials in agriculture ministry claimed that due to very high titre of vaccine virus, this vaccine would be the most economical CSF vaccine costing around less than Rs 2 per dose as against Rs 15-25 per dose of lapinized CSF vaccine and Rs 30 per dose (approx) for an imported Korean vaccine which are currently being used in the country.

Trilochan Mohapatra, director general of the Indian Council of Agricultural Research (ICAR), said there is a huge demand for transfer of this new vaccine technology from various state governments and private manufacturers and the vaccine has huge export potential, especially Nepal. “The vaccine virus has very high titre and lakhs of doses can be produced very easily in cell culture and country’s requirement can be easily fulfilled using this new vaccine,” said RK Singh, director, IVRI, adding the vaccine is ready for commercial production.

The ministry claimed that the vaccine is safe, potent, does not revert to virulence and provide protective immunity from day 14 of the vaccination till 24 months studied so far. The vaccine has been tested on around 500 pigs at multiple locations.